A letter in Southwark News from Peckham Vision describing the walkabout on the tram loop route with TfL. The letter said:

“… This one-way single track loop does of course raise issues which need to be addressed, and examined, just as TfL’s own two-way double track proposals raise issues which need further examination. There are pluses and minuses of both ideas. But a double width track causes such minuses in some places, while in some places there are big pluses in the single track loop, in addition to getting the tram so much closer to Nunhead, Peckham Rye, East Dulwich and Peckham Rye station. All we have asked TfL to do is a thorough evaluation of these alternatives, and to publish their results…”

South London Press report that Transport for London (TfL) have walked the tram loop route around Peckham town centre with Peckham Vision. This identified a number of issues which would have to be examined, just as with TfL’s own proposals. Peckham Vision urged TfL to do a thorough technical evaluation and publish the results with the evaluation of their own proposals.

It has been reported (SLP 7th December) that TfL are rejecting the idea of a tram loop round Peckham town centre. Peckham Vision has asked Val Shawcross, the London Assembly Member for Southwark & Lambeth, to press the Mayor, Ken Livingstone, to intervene to get TfL to discuss the idea with the local community.

We are astonished that TfL appear to reject the idea without any discussion. During the TfL consultation on the route last December/January, TfL promised to come back to the local community to discuss particular details. Now they appear to be saying they will take decisions without any further discussions.

They are reported as saying they reject it because it would cross the High St in two places, it is longer than the TfL route, and it would share more road space with other vehicles. But:

“Members of campaigning group Peckham Vision have called for the proposed Cross River Tram (CRT), which is set to terminate in Peckham, to instead run on a circle line-style route through the area. The group’s latest newsletter calls for the change, saying running two tracks alongside each other would cause “great difficulties” in the area’s crowded streets and a single track circular route would be less disruptive. Eileen Conn, a member of Peckham Vision, said: “A one-way system seems to work well in Croydon town centre.” A single track would be much less disruptive than a double track. 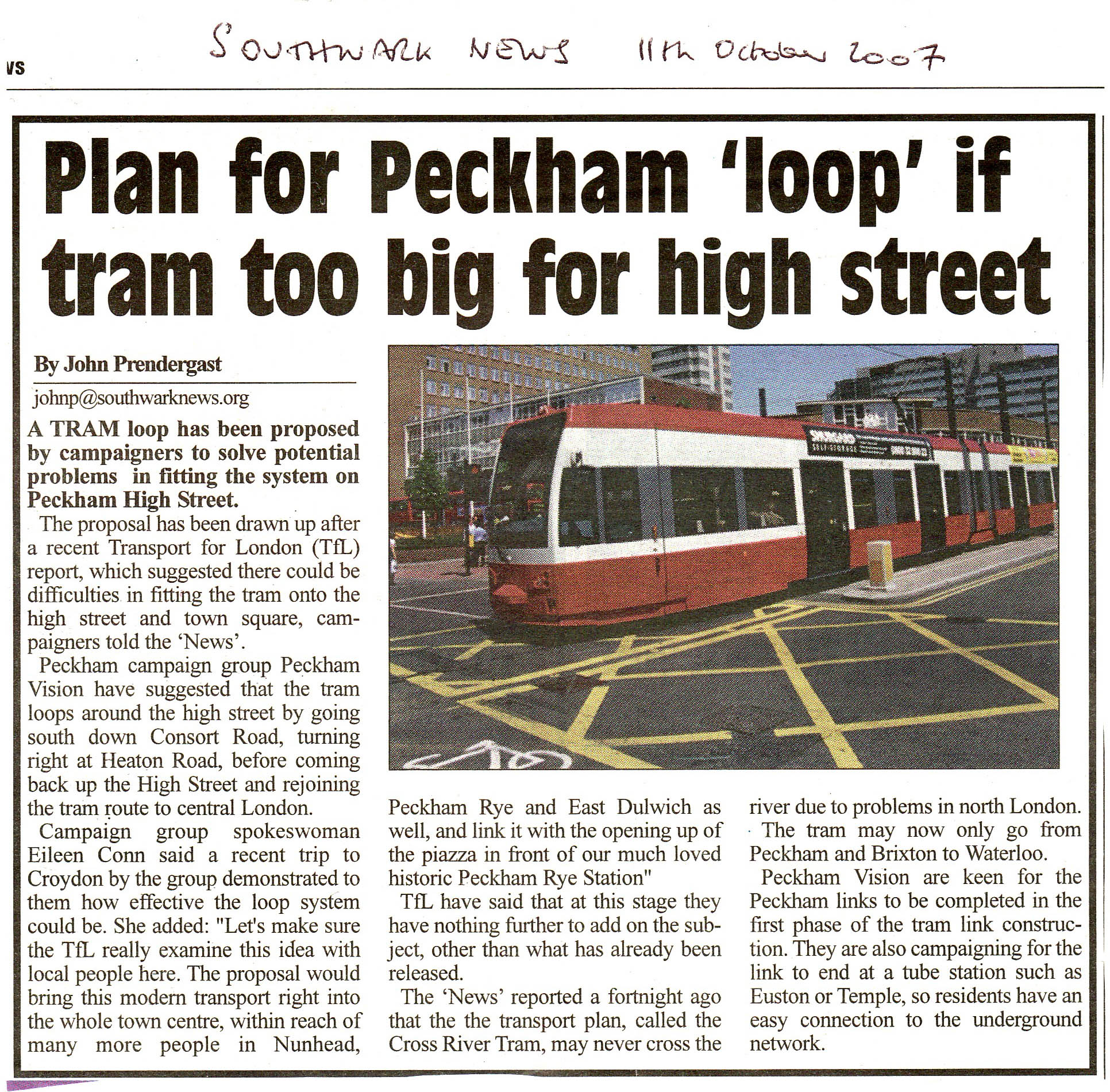