The Community Council applauded at their 8th December 2010 meeting the latest reports and pictures about the Old Waiting Room, and discussed suitable commercial uses to make the best of the wonderful space. Further funds are being sought to continue the restoration to the external staircase, & to improve the station walkways. This would be the public entrance to the space and make it useable for public activities. Local residents are developing a social enterprise project to bid for the lease from Network Rail for a multi purpose flexible venue. For more information, see brief here, and and blog here. If you want to get involved in this exciting project email oldwaitingroom@gmail.com 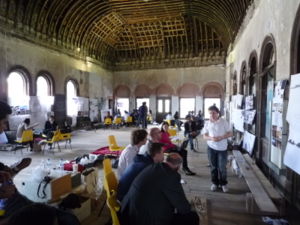