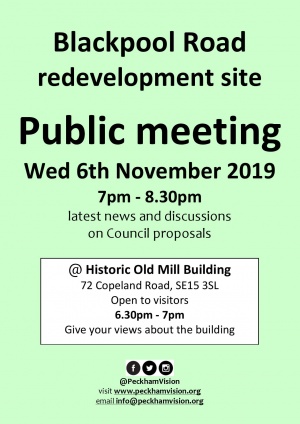 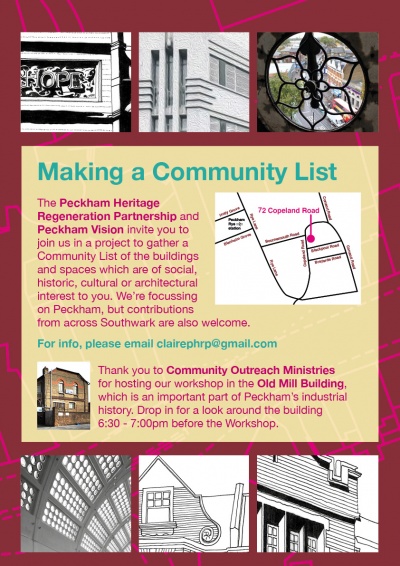 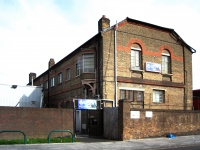 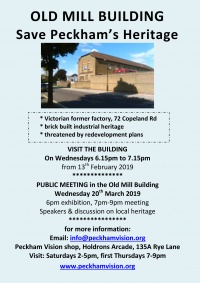 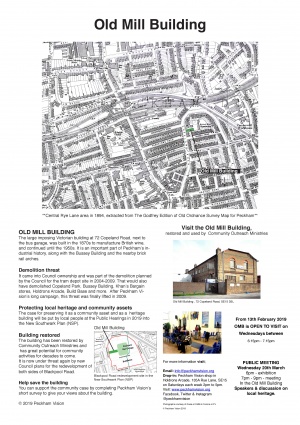 Peckham Vision’s campaign since 2017, to secure planning protection for the Old Mill Building (OMB) at 72 Copeland Road, succeeded at the Public Hearings in 2021 into the New Southwark Plan (NSP). The OMB was threatened with demolition by the Council’s redevelopment plan for the Blackpool Road area in the draft NSP. The Inspectors’ report on the Examination in Public (EiP), published recently, says the NSP should include a reference to the Old Mill Building as an important heritage asset of local interest. This will be valuable evidence to support the case for including the Old Mill Building in the Heritage Local List. The Council will be consulting in the summer this year (2022) about the buildings to be included in that. Local people will be able to support the OMB nomination, and suggest other buildings and spaces they know that have local heritage value for the Local List. We will be publicising this when the details are known and explaining how to make the nominations. This will be a significant opportunity for local people to seek protection for their valued buildings and spaces.

The Council published the 'submission version' of the NSP in January 2020. But the Inspectors directed that there should be a further consultation on many of the changes. This took place in October 2020, as did all the subsequent stages, during the pandemic and various stages of the lockdowns. The Examination in Public (EiP) took place over February to April 2021, and there was a consultation on the Inspectors' recommendations during August-September 2021. The Inspectors' report was received by the Council in November 2021 and the NSP was amended to include the Inspectors’ recommendations, and adopted by the Council in February 2022. The future of the Old Mill Building and how it would be referred to in the NSP was an item at each stage. Further details of some of this on these pages: 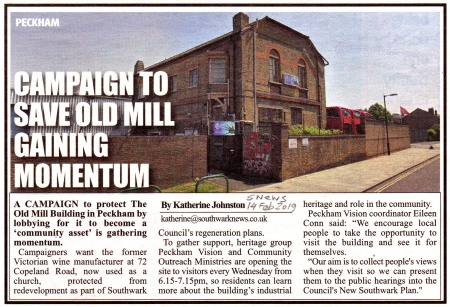