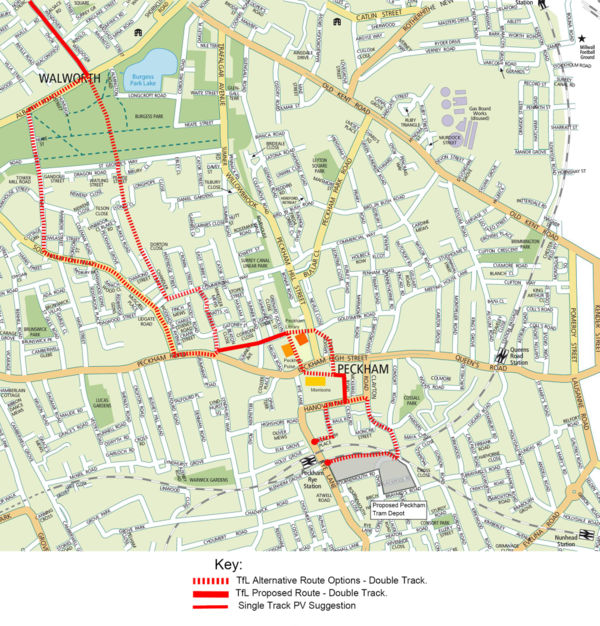 Cross-River Tram route map through Peckham to the proposed depot.

In December 2006 to January 2007, Transport for London (TfL) consulted local people about the possible routes through Peckham for the proposed tram. This included two options to get the tram across Peckham High Street, and two options for the terminus near Peckham Rye station.

Points to note on TfL’s options: