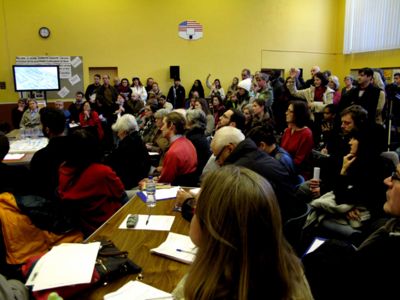 Plans and models were displayed at the Network Rail consultation in Rye Lane Baptist Chapel on Saturday 18th January 2014. They can be found here. There was a drop-in from 11am - 5pm with an architects' presentation at 3pm followed by Qs and As. There was a steady stream of local visitors during the day, with over 250 attending the presentation and discussion. First reports from the meeting: 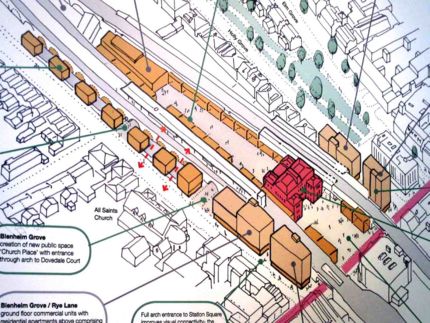 This outline plan which was on display (see board 5) shows that all existing buildings except the historic station building would be demolished. On Holly Grove and Blenheim Grove the commercial buildings there would be replaced by tall buildings of 7 or 8 stories, new buildings for work spaces would be built in the forecourts of Blenheim Grove arches, and a new two storey building in between the rail way lines with the arches turned into residential and similar units.

This is a table model view of the plan. 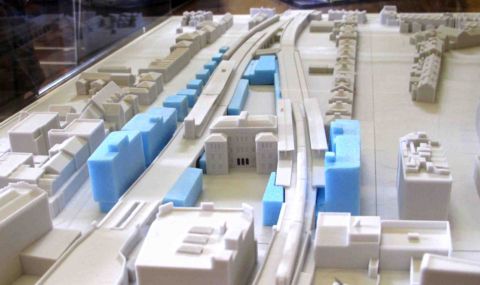 The architects had produced a short animation looking at the redevelopment from all angles.
These are two stills from the animation. 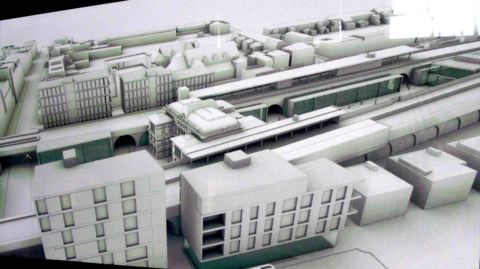 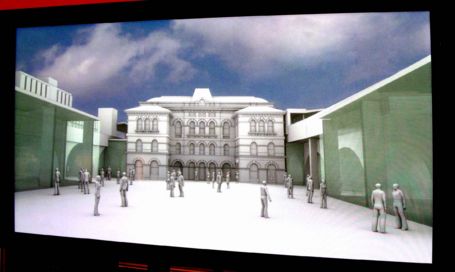